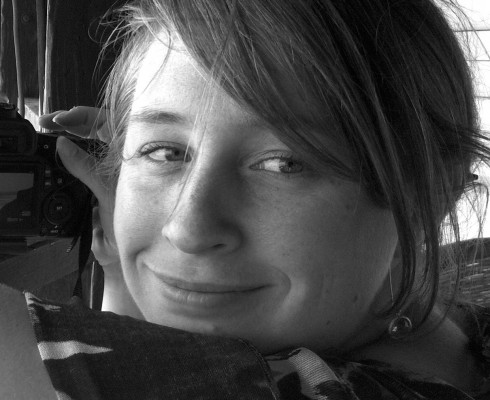 Laura Cechanowicz is a Los Angeles-based artist, designer, facilitator and worldbuilder working in research, theory and practice across multiple media, including animation, installation, film and VR, production design and sound design. Thematically and formally her work explores embodiment and memory through identity and neuroscience, the intersections of art and science, and how people record and transcribe personal histories. Her passion is participatory art as social practice, and she views teaching as an integral part of this work. Worldbuilding is also a key focus of her work, and she regularly hosts workshops about, speaks about, and writes about worldbuilding.

Laura’s worldbuilding workshops include leading multiple sessions for the USC World Building Media Lab’s Dry City project; co-incubating the WbML’s Spaceship Earth 2036 program with the Buckminster Fuller Institute; helping to plan and participating in a Minority Report-themed worldbuild at Arizona State University, participating in the worldbuild of Rilao at the Berlinale Film Festival as a Production Design Talent; and designing and leading a worldbuilding workshop on autobiographical identity and crisis (financial, physical, or emotional) at CounterPlay 2016 in Denmark. Most recently, she helped kickstart and lead The World in a Single Cell, a worldbuilding collaboration between the World Building Media Lab and the Bridge@USC, an interdisciplinary initiative at USC’s Dornsife College of Letters, Arts and Sciences dedicated to connecting the sciences and the arts. To date, this project has included workshops with up to 40 participants from the arts and sciences collaboratively envisioning the world inside a human cell and then developing experiences enabling scientists and students to step inside of it.

Laura’s recent publications include a co-authored book chapter on the worldbuilding process for Mark J.P. Wolf’s Revisiting Imaginary Worlds (Routledge, 2016) and a co-authored article for Technology and Society, “World Building and the Future of Media: A Case Study – Makoko 2036” (Dec. 2016).

Laura earned her BA from the University of Michigan with Film & Video, Psychology and German majors, her MA in Film Studies from the University of Iowa, and her MFA in Animation from USC. An Annenberg Fellow, her production design talent was recognized at the 2015 Berlinale. She is concluding her PhD in interdisciplinary Media Arts and Practice at the University of Southern California’s School of Cinematic Arts, where she is a member of the USC World Building Institute.