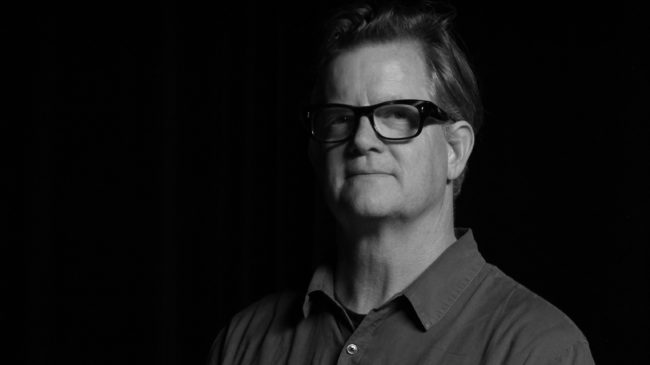 Alex McDowell RDI is an award-winning designer and storyteller working at the intersection of emergent technologies and experiential media.

McDowell was a production designer with 30 years experience in feature films, working with directors David Fincher, Steven Spielberg, Terry Gilliam and Anthony Minghelia amongst others. He was the production designer for Fear and Loathing in Las Vegas, Man of Steel, The Watchmen, Charlie and the Chocolate Factory, Fight Club and Minority Report. His production design work on Minority Report is considered seminal both for its vision of near future technology and its integration with people’s behavior, and is believed to have resulted in nearly 100 patents for new technologies.

He is now a Professor of Practice in Media Arts + Practice at USC School of Cinematic Arts, where he teaches world building. He is director of the USC World Building Media Lab (WbML), where McDowell and his interdisciplinary students build immersive worlds for storytelling and narrative design practice across multiple platforms. The WbML was awarded the prestigious Future Voice Award at the 2014 Interaction Awards in Amsterdam. He also leads the USC 5D Institute, a renowned cross media knowledge space. He is recipient, from George Lucas, of the William Cameron Menzies endowed chair in Production Design.

At 5D Global Studio, he and his expert team are applying their skills to crafting immersive story worlds for major industries and institutions. As Visiting Artist to the MIT Media Lab (2005-2010) he designed the robot opera “Death and the Powers.” He is a Getty Research Institute scholar and an executive board member of the Academy of Motion Pictures Design Branch. In 2006, he was awarded Royal Designer for Industry by the UK’s Royal Society of Arts and, in 2013, was given the UK Designers & Art Director’s Presidents Award.