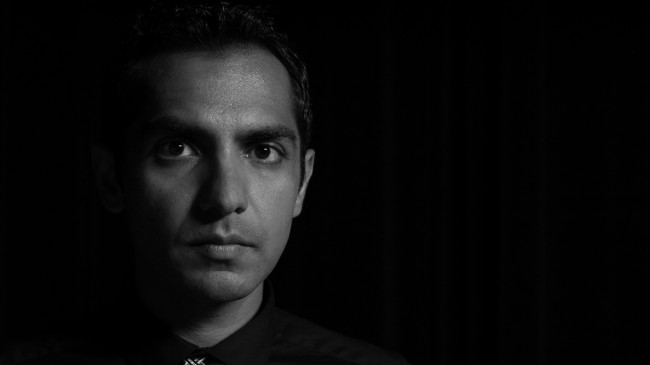 Sunil Kalwani, a third year MFA Candidate in Interactive Media and Games, relishes the opportunity to create wonder in the products he develops and projects he undertakes. Over the course of his first year in the program, he became very much at home in the interactive world by working as a Research Assistant in two labs attached to the School of Cinematic Arts. He was a Designer for the Mobile and Environmental Media Lab and a Producer for the Worldbuilding Media Lab.

In the summer of 2013, Sunil worked for GlassLab, a part of the Institute of Play. With education reform a constant thought on his mind, Sunil took on a multifaceted role that included programming, project management, and UI design.

In August 2013, Sunil shifted roles within the Worldbuilding Media Lab and now serves as its Creative Director. The narrative possibilities that worldbuilding brings has always excited Sunil. And creating a new medium built on the constant reinforcement and betterment of story through an intermingling between narrative and technology has always been Sunil’s drive and focus as a part of the lab. Outside of the WbML, Sunil also served as a Producer, and Design Consultant for a multitude of other projects during his second year.

Prior to joining USC, Sunil received a degree in Electrical Engineering from the University of Illinois at Urbana-Champaign. Afterwards, he pursued a career in Marketing, working for an Architecture and Engineering company before realizing that interactive media was his true calling. Sunil has a wide range of experience in multiple fields, including, but not limited to, Semiconductors, Law, Architecture, Information Technology, and Public Sector Research. Coming from a non- traditional design background, Sunil doesn’t hesitate to question revered preconceptions or find new avenues for the field of interactive media to grow in unfettered and unexpected ways.