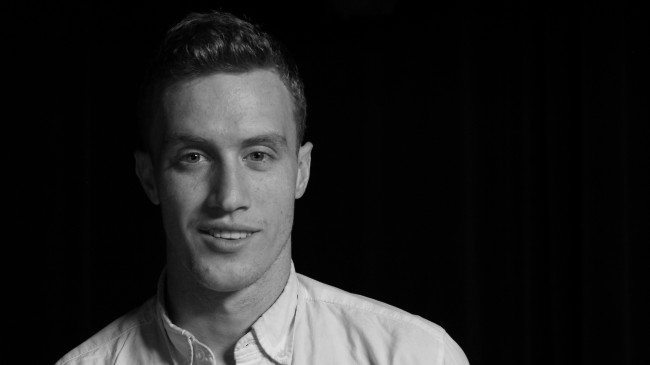 Austin Nimnicht is a recent graduate of the University of Southern California, earning his B.F.A. in Theater with an emphasis in Acting.

His credits include work in theater, film, voice-over and VR. He is very excited to be apart of The Leviathan Project and this new medium, exploring how it affects the craft of acting and storytelling. Austin is eager to be collaborating with SCA and the World-building Media Lab, adding the dynamic of acting to VR and the creative process. As technology continues to supply new forms of storytelling, Austin hopes to maintain the human element in the stories we tell, whatever the platform.

A recipient of the James and Nony Doolittle Award for his outstanding cumulative work during his period of study at the School of Dramatic Arts. He also loves coffee and good vibes.