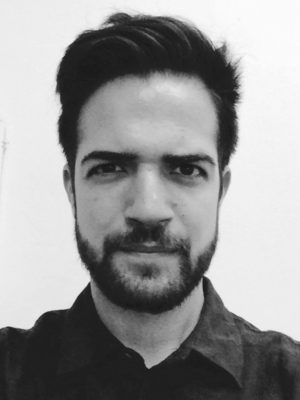 Peter is an architect and designer. His design work focuses on spatial typologies and intricate geometries combined with motion-control and manufacturing methods. Peter received his Master degree with distinction in Architecture from the Masterclass of Greg Lynn at the University of Applied Arts in Vienna in 2008. During and after his studies, he worked professionally on various public and residential building projects as an architectural designer at UNstudio in the Netherlands, GLform in the US, Chalabi Architects and Wolfgang Tschapeller in Austria, among others. His large scale installation “Spikloud” was featured at the Vienna Art Fair and in the MAK, and published internationally. In 2009 he co-founded an open design platform, Madame Mohr in Vienna, of which he is currently an ex-pat member. In 2011 he moved to Los Angeles to pursue his interest in robotic fabrication research and motion based design. In 2012 he received the degree of Master of Design Research from the Southern California Institute of Architecture under the tutelage of Peter Testa and Marcelo Spina. Currently, Peter oversees a laboratory for large-scale robotics and digital fabrication at UCLA IDEAS cross-disciplinary platform.