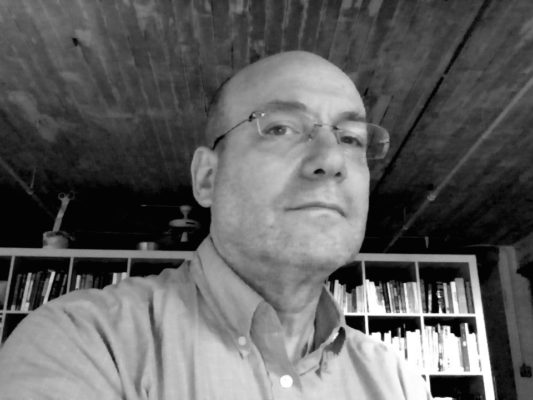 Perry Hoberman is an Associate Research Professor in the Interactive Media Division at the USC School of Cinematic Arts. Hoberman is a media, installation and performance artist whose work has been presented widely throughout the United States and Europe for more than three decades.

He works with a variety of technologies, ranging from the utterly obsolete to the seasonably state-of-the-art, and has been the recepient of many awards and honors, including the Grand Prix at the ICC Biennale, and an Award of Distinction from Ars Electronica. ‘Unexpected Obstacles’, a retrospective survey of his work, was seen in 1998 at the ZKM Mediamuseum in Karlsruhe, Germany.

Hoberman has been a Guggenheim Foundation Fellow and a Rockefeller Media Arts Fellow, and is represented by Postmasters Gallery in New York. He has taught at the Cooper Union School of Art, the San Francisco Art Institute, the California Institute of the Arts and the School of Visual Arts. His current research focuses primarily on stereoscopic and immersive media and virtual reality, and he has taught and lectured widely on these and other topics.