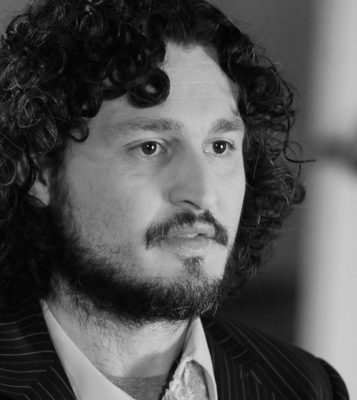 Luis Reyes is a producer and writer whose career charts a winding path through a wide range of media: theater, journalism, comic books, video games, film, television, web content, and virtual reality. This diversity has focused much of his attention on how the intersection of media can elevate media experiences. Currently, Luis is an executive producer and partner at Butcher Bird Studios, a creative media company based in Los Angeles, which has created industrials, commercials, feature films, television shows, web content, and interactive work for clients such as Boeing, Intel, Viacom, Toyota, and Air BnB, among many others. A theater major at UCLA, he began his career as a theater producer, as well as a theater critic for the LA Weekly, LA Times and American Theater Magazine. In 2002, Luis joined the entertainment company Tokyopop as a Senior Editor, and there he oversaw the publishing of hundreds of graphic novels: adaptations of Japanese content as well as original work created internally, and branded books based on properties such as Star Trek, CSI and Ghostbusters. Eventually Tokyopop embraced the digital content world, and Luis focused his efforts on developing a content ecosystem of the emerging Tokyopop website. In 2008, he went to Nexon America as a video game producer. While at Nexon, Luis also built an internal video content division that remains to this day, and has been responsible for a robust catalogue of live action and animated series, sketches, interviews, community outreach pieces and promotional trailers, all centered on Nexon’s suite of online games. In 2013 Luis became one of the partners at Butcher Bird Studios, where he continues to challenge ideas of content creation and media. Luis also continues to create theater. His jazz/theater hybrid anthology show True Crime in Los Angeles is now in its sixth incarnation and is being developed for televisual outlets.