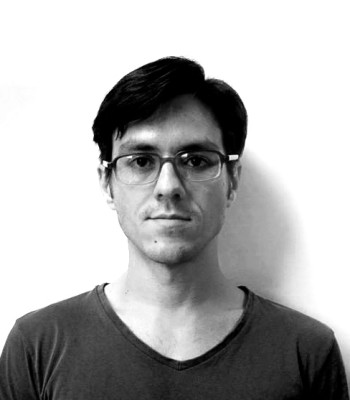 Eduardo Oliveira is a Rio de Janeiro-based architect attending the Master of Advanced Architectural Studies at USC (he is a scholar recipient of both Institute of International Education and USC School of Architecture) where he is currently developing his research on informality and open-ended urbanism. He used to be a wacky inventor when he was a child participating in many experiments and prototypes with his cousins. While studying Architecture and Urbanism, Eduardo was interested in topics of ephemerality, urban processes and digital tools. He had internship experiences in architecture offices in Brazil, England and China. As an architect he was in the winning team of Rio’s design competition about urbanization of slums: “Morar Carioca”. He then had the opportunity to work in television and has been over the years designing fictional cities from the past, (pseudo) present and fantastic environments. In 2011, he collaborated with Hungarian group Kretakor in the experimental film jp.co.de about community building, fiction and reality. In 2012, he was artist-in-residence at Museu da Imagem e do Som in Sao Paulo exploring movement and body as design tools to generate architectural objects. In 2014, he was in the winning team of USC Haworth design competition about the house of the future.