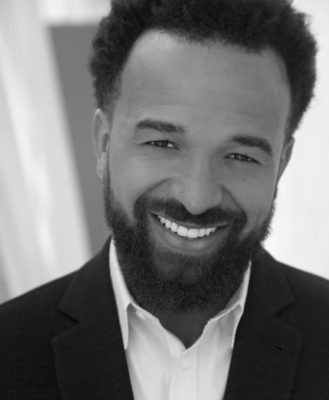 Brian Vincent Rhodes grew up in the industrial city of Detroit, Michigan and was an acclaimed youth artist and obsessed fan of animation. He later focused as a fine artist at Cranbrook Kingswood.

Not seeing an immediate future in art, Rhodes studied mechanical engineering and industrial design at the University of Michigan, and afterwards, designed for companies and organizations such as Apple, Chrysler and NASA. After winning a film competition while working at Apple, Rhodes decided to pursue cinema and worked as a senior art director at an international ad agency, making campaigns for clients such as Corona, Jeep and the Bermuda Department of Tourism.

Rhodes then left advertising to be the chief design engineer of a medical device startup and created a device that can regenerate bone tissue in the mouth without invasive surgery. After successfully designing the device through animal testing, Rhodes decided he was ready to make his dream of film a reality, and applied to USC.

Rhodes has won two Telly Awards for his student work and his thesis, Mosquito: the Bite of Passage, has been called “the most technically advanced film in the history of USC” by faculty.

Rhodes is now a storyboard artist at Blue Sky Studios, a division of 20th Century Fox, in addition to working on developing a television show at FX, also a division of 20th Century Fox. Rhodes has worked as a storyboard artist, designer and animator on films that have been shown on Netflix, at the Sundance Film Festival and the Grammys. He is also an improv actor and a 2016 Diversity Fellow of the Upright Citizen’s Brigade comedy theatre.