This live action/experimental film project delves into the trauma transferred from Rilao’s plague and quarantine generation to present-day citizens. The city’s last hope, Detective Ryan Strand1 must turn to subversive science in his investigation of the mass wave of suicides all linked to “unutterable” night terrors. He hunts for the assistance of Biopunk Doctors2. Their research in dream recording and playback subjected hundreds of inmates to individual screenings of thousands of Rilao films- mapping out which specific neurons the subject fired in response to what they saw. These maps prove individual neurons are assigned to the visual recognition of an exclusive object/person on screen3. Catching wind of their discovery, Strand has come to see the unutterable night terrors. He has brought three suicide watch patients connected by the firing of the exact same neuron in their brains at the height of their night terrors. At Strand’s behest, the doctors hook the patients up to their Dream Catcher, scrubbing through massive amounts of Rilao films (government and otherwise) with the goal of identifying which specific image is at the root of the nightmares. The answer is more terrifying than Strand could have ever fathomed.

1 Detective Ryan Strand is the creation of fellow student Brandon Cahoon as part of his Crime in Rilao project.
2 Based on the biotechnology “technoprogressive movement” and UCLA Neuroscientist Moran Cerf.
3 Known as the Jennifer Aniston neuron, Scientific American. 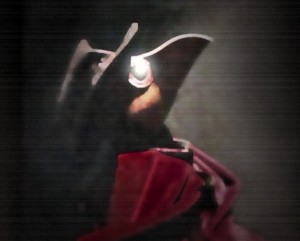 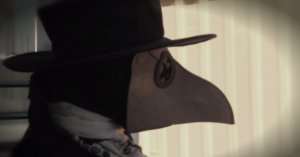 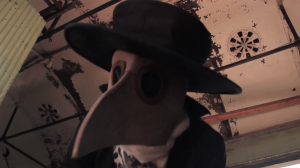 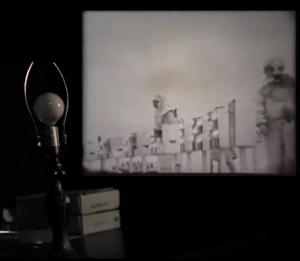