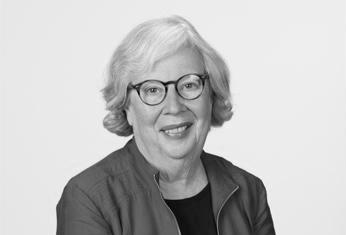 Berman received her AB from Barnard College in 1964. She trained in crystallography with George Jeffrey at the University of Pittsburgh where she received her Ph.D in1967. After her postdoctoral training, she went to the Institute for Cancer Research, Fox Chase Cancer Center where she rose through the ranks from Research Associate to Senior Member. In 1989, she joined the faculty of Rutgers University and is currently a Board of Governors Distinguished Professor Emerita of Chemistry and Chemical Biology. She is also an Adjunct Professor at the University of Southern California. Her research has focused on nucleic acids, protein-nucleic acid interactions, and collagen. She has published more than 300 scholarly articles.

Helen was a co-founder of the Protein Data Bank (PDB) archive that was launched in 1971and has been committed to the continued development and maintenance of this community resource. Major accomplishments on this journey include taking leadership roles in establishing the Nucleic Acid Database (NDB, 1992), the Research Collaboratory for Structural Bioinformatics Protein Data Bank (RCSB PDB, 2000), the worldwide Protein Data Bank (wwPDB, 2003), the Structural Biology Knowledgebase (SBKB, 2008), and the Unified Data Resource for 3D Electron Microscopy (EMDataBank, 2007).

She is also working on ways to use film and digital arts to communicate to a broader audience about the importance of structural biology in medicine and health. She was the Executive Producer of Target Zero – a documentary about HIV prevention in which high quality molecular animations illustrate how the anti HIV drugs work. As part of ongoing collaborations between the USC Bridge Institute and USC School of Cinematic Arts, she is working on the World in a Cell VR experience that provides a view of the inside of a pancreatic beta cell.

Helen is a member of the American Academy for Arts and Sciences and a Fellow of the Biophysical Society, the American Association for the Advancement of Science, the American Crystallographic Association, and the International Society for Computational Biology. She is the recipient of several awards including the Benjamin Franklin Award for Open Access in the Life Sciences, the DeLano Award for Computational Biosciences, the ACA Martin Buerger and David Rognlie Awards, the Distinguished Service Award from the Biophysical Society, and the Carl Brändén Award from the Protein Society.